“Your actions are so loud,
I can’t hear what you say.” 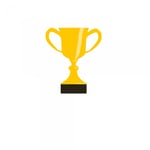 The healthcare IT community likely is known at least as much for its talk of what’s to come (always at some point down the road … but just wait!!) than what it actually delivers. There has been – as is the case across the entire IT landscape, to be fair – a good bit of “overpromise, underdeliver.”

So, a win is a win. The Fast Healthcare Interoperability Resources (FHIR) standard delivers and it’s important to let people know!

In this case, Indiana’s Regenstrief Institute worked with – and this is key – emergency-room doctors to develop an app that would help them quickly access patients’ relevant medical histories when they come to the hospital with the most common complaint: chest pain.

The “relevant” part is critical. The doctors didn’t want to see (because it doesn’t matter at that moment) or have to dig through skin-cancer screenings, a colonoscopy result or LASIK reports. Instead, they wanted to review very specific things if they were available: recent EKGs and/or echocardiograms, the summary report of a catheterization, among others.

That initial run was successful so the team added similar functionality for a half-dozen other common ailments that lead to emergency-room visits. Regenstrief reported that the app reduced the number of clicks necessary to access the information from 50 to six and the amount of time from 3 minutes to 10 seconds.

The precision of those metrics isn’t as important as the notion that clicks and access times went down, relevant data became available and doctors could make more informed decisions. The hospital reports that physicians are using the app regularly and now even for some patients whose complaints aren’t part of the experiment simply because it is easy to pull up what may be relevant information.

The best part is this: The app is written on FHIR, which is exceptionally good at queries. Further, FHIR’s agnosticism (in regard to where it is applied) means that doctors can use it to get information from any electronic-health record (EHR) system that is connected to the health information exchange. It is also scalable, which means it can be applied across the country.

Does this development change the face of medicine? No.

However, it absolutely delivers on the promise of standards-based technology allowing doctors access to better, timely information that can help improve patient outcomes. And it proves to doctors – many of whom have come to resent the EXTRA work that “automation” has added to their already busy lives – that well-designed technology can be an ally.

People may suggest we sound like a broken record when it comes to preaching the... END_OF_DOCUMENT_TOKEN_TO_BE_REPLACED