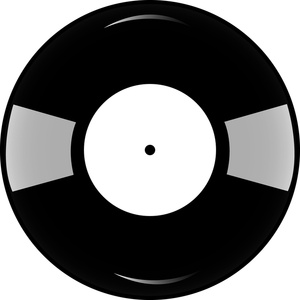 People may suggest we sound like a broken record when it comes to preaching the importance of standards-based healthcare IT.

And we’re absolutely OK with that (the record part; not the broken part)!

Why? Even the analog record industry realized standards were necessary!

One stylus (the “needle”) ably plays 45s and 33s. … Wait. Back up: The industry eventually decided on essentially two speeds: 45 revolutions per minute (RPM) and 33 RPM. (Yes, there were 78s for a while but they went the way of the Betamax.)

There is a standard spindle size. Consider here how the industry pivoted because it made sense to do so: 45s preceded 33s and had a larger cutout. Record-player manufacturers – especially as they moved toward more integrated stereo systems – produced smaller spindles to accommodate the increasingly-popular 33 RPM records. It made more sense to provide adapters for the 45s to fit on the smaller spindle than vice versa.

You know what did NOT happen? Jazz artists didn’t decide that their music was so different from other music that it needed an entirely different recording and playback system.

(By the way, it’s worth pointing out that – as long as they adhered to set standards related to speed, grove size, etc. – albums could be made of any color vinyl and virtually every record sleeve and cover was different. Standardization does not mean total homogenization.)

Those records standards have been in place and worked for more than a half-century, even while the popularity of vinyl albums have ebbed and flowed over that time. It’s past time healthcare IT dance to that tune!

Past time for standards-enforcement agency

COVID-19 developments: telehealth and (what else?) standards

A few thoughts as we continue to deal with the novel coronavirus (COVID-19): END_OF_DOCUMENT_TOKEN_TO_BE_REPLACED
interoperability
3 minute read

Group project?  Work with the A students.

There was a near-truism in high school: Straight-A kids hang out together … as do... END_OF_DOCUMENT_TOKEN_TO_BE_REPLACED