We can look to history – and the future – for the importance of standards, bearing in mind the old saw about being condemned to repeat the history we don’t know. 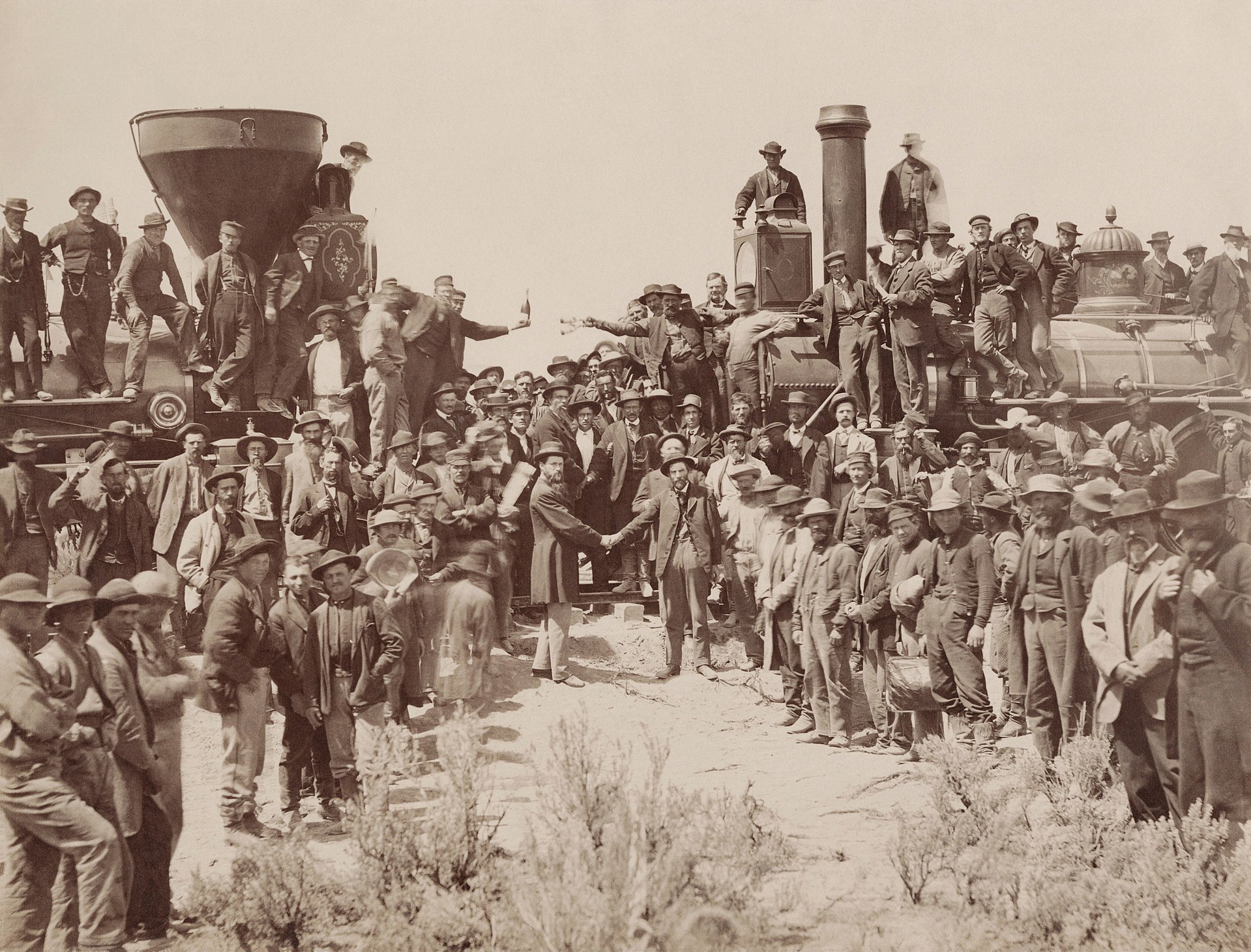 The United States celebrated the ceremonial Golden Spike on May 10, 1869. That was the moment when the Central Pacific Railroad met – and joined – the Union Pacific Railroad at Promontory Summit, Utah. Importantly, the country’s dream of a transcontinental railroad was achieved.

But think of the ways this could have gone wrong. It was important, of course, that both sides agreed on the math and positioning. That is, that they were working in alignment to ensure that the rails would meet at a given point. The rails had to intersect to create a single line. A difference of even a few feet would have created significant issues.

More importantly, the two rail companies had to agree on a standard track gauge: the difference between the rails. Meeting at the right point would be moot if the track gauges weren’t the same. A train designed to roll along one simply would not be able to do so on another. There was no “being right” in this matter if it were to be successful. Instead, the key was “being in agreement.”

(In the history of rail development, some countries chose to implement an intracountry standard that was different from that of their neighbors based on the notion that they didn’t want a foreign army to literally be able to roll into their domain. However, most counties saw the benefit of regional commerce in the same way the United States viewed the transcontinental exchange of regional goods.)

Looking ahead, but along somewhat similar lines, we can consider the issue of space exploration and travel. Truly, the math and positioning matter here as much, if not more, than with the transcontinental railroad. A calculation a few inches off at the beginning of a space flight will be wildly off-target over the course of a trip spanning tens or hundreds of thousands of miles.

But presume the computers get all the calculations right and two interstellar vehicles meet where they should. What happens if the docking ring for one is 3 feet across while the other is 3.5 feet across? A mismatched track gauge would have caused embarrassment and cost the rail companies considerable money. The price would be considerably higher for a crew awaiting supplies on the incoming vessel if the two ships cannot dock with each other.

Enter the International Docking System Standard. Space travel is an international phenomenon, one too expensive for countries to engage in singularly. (It is noteworthy that, as a rule, scientists avoid politics. Consequently, representatives of several space agencies – including those of the United States, Russia, Japan and the European Space Agency all – all belong to the International Space Station Multilateral Coordination Board.)

The space coalition agreed in 2010 to implement a uniform docking system to ensure all vehicles have compatible hatchways for moving people and goods: something U.S. railroads also agreed was necessary for a less high-tech issue 150 years ago.

As the healthcare IT community, we don't need to be rocket scientists (or railroad magnates) but it’s past time we see the value – as other professions see it in theirs – of standards that promote the easy transfer of patient data. It doesn’t matter what “gauge” we use; it simply matters that we agree on one and move forward uniformly.

Past time for standards-enforcement agency

COVID-19 developments: telehealth and (what else?) standards

A few thoughts as we continue to deal with the novel coronavirus (COVID-19): END_OF_DOCUMENT_TOKEN_TO_BE_REPLACED